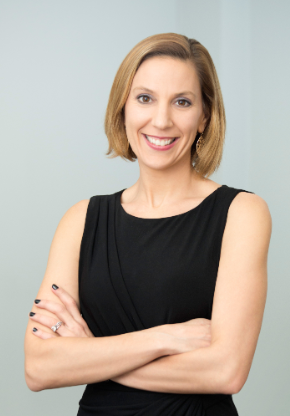 As a Nutrition Response Testing? practitioner I see a wide variety of patients with many different health issues.? Most of the cases I see are ones dealing with digestive problems, the thyroid, the adrenals, the liver, problems detoxing, as well as auto-immune issues.

One extreme case that was helped with Nutrition Response Testing is Phil. Phil is a patient in his mid-50?s that came to see me with congestive heart failure. He was diagnosed with bundle branch block and a blood clot in his heart.

Electrical impulses that cause your heart to beat (contract) originate in the upper right chamber (right atrium) of the heart and travel to the lower chambers (ventricles). In bundle branch block, the pathway that these impulses travel on is delayed or blocked.

This branch block condition runs in his family as well. His oldest brother died from a sudden heart attack and his second oldest brother had heart surgery and still died. His other two brothers almost died from it, and another brother still has major heart issues. His uncles died from heart issues as well.

Phil had a blood clot in his heart and was told, ?If you do not get this surgery you will die.?? He told his doctors, ?No, I don?t want to get the surgery.?? He?s married and didn?t want to live the rest of his life in a weakened condition or with an internal defibrillator in his heart.

He had been blacklisted by all the hospitals in his area because he refused to get the surgery.? They wouldn?t even let him get a colonoscopy or any kind of medical testing done in the entire city because he decided to take his health into his own hands and ?defy? the doctor?s recommendations.

He called my office to set up an appointment because of his heart issues. When he came to see me he said that he was looking for an alternative method to handle his condition. So, he came in and we analyzed him with Nutrition Response Testing procedures. I recommended a standard protocol that called for whole food supplements using Standard Process and MediHerb products.

Within 2 months of him following the protocol and Designed Clinical Nutrition Program we recommended, his medical diagnosis was reversed. He was no longer burdened by a congestive heart failure diagnosis and did not need surgery. He is doing great! He is going to the gym. He is bench-pressing. He has lost weight, regained his health and has a new lease on life! He went from uncertainty in his health and future, to moving to a beautiful new home with his wife and adopting two puppies. He says we have given him hope!

For me, this is exciting. I see all types of conditions on a daily basis and it is always a joy to see people really get well with a little bit of proper nutrition.

What is amazing about what we do is that it is in real time. It?s what happening with the body right now at that exact moment. With Nutrition Response Testing, you can get an analysis within 30 seconds of what is going on with a patient. Blood work is not real time. A patient gets their blood work done and it might take 10 days to get the blood work results back. Well, things have changed by then. It?s not real time and that is not a real time result. A patient can keep going back and getting more blood work done with varying results. Well, this is real time analysis down to the cellular level. It?s the only real time test that you can use to get to the cells and know what is going on with the body. It?s just incredible.

With Nutrition Response Testing, you find out what is going on in the tissue, the muscles, the organs, and in the intestinal tract. A condition doesn?t have to show up in the blood for there to be a problem with a patient. Nutrition Response Testing practitioners are finding it elsewhere and that?s why we get such good results and why I have a large, thriving practice. We get good referrals and good testimonials because IT WORKS!? What a privilege it is to fulfill our mission and purpose as healers using Nutrition Response Testing as our tool in helping people reach optimum health, without the use of drugs or surgery!